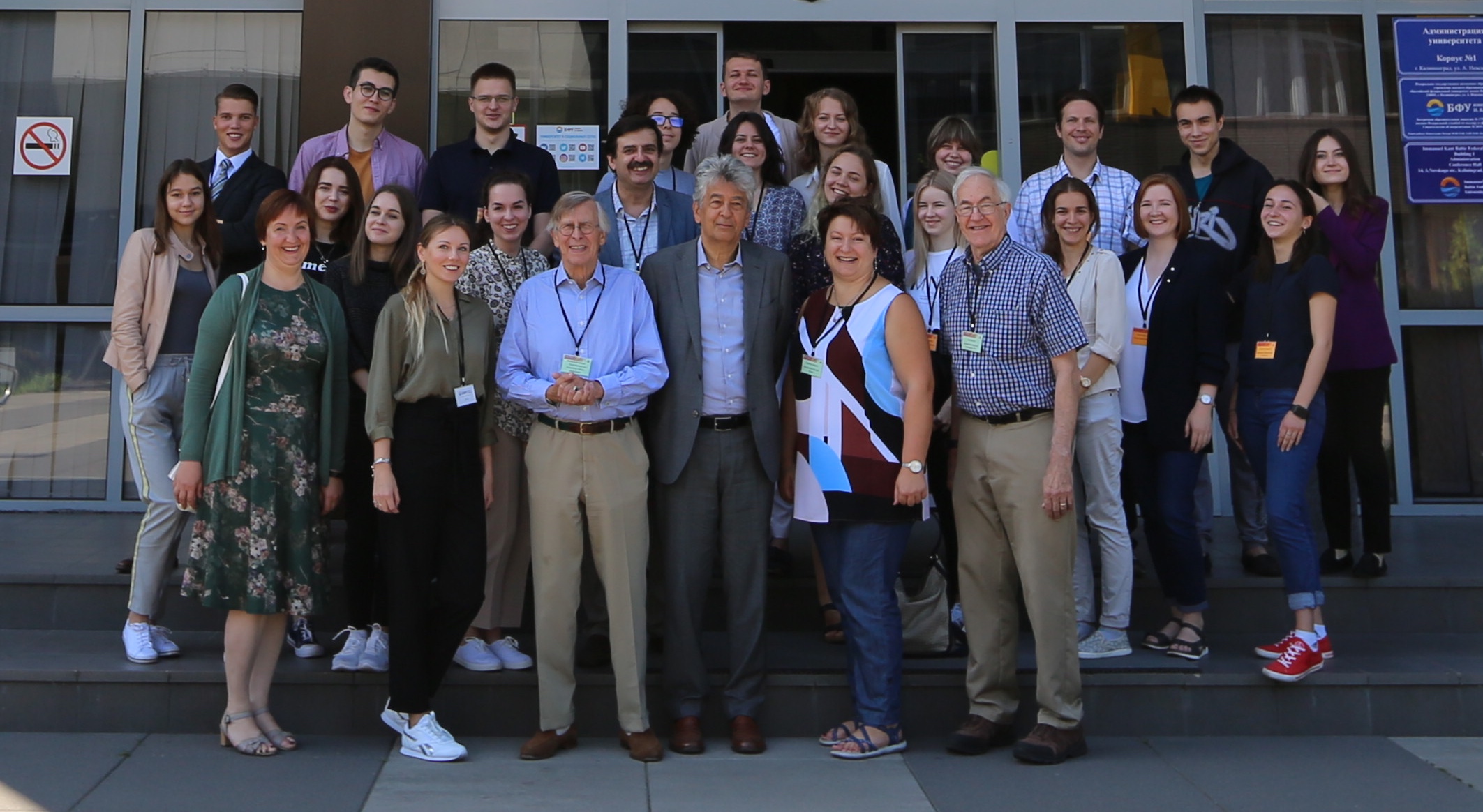 From 20 to 29 August 2019 a Summer School was organised at the Immanuel Kant Baltic Federal University in Kaliningrad (situated between Poland and Lithuania). About 75 law students, some economics students from universities in western Russia and Siberia participated in the summer school.

Besides professors from Russia, professors from the United States, Greece, United Kingdom and the Netherlands contributed to the lectures and clinics. The DRLA was represented by Arkady Gutnikov, adviser to the DRLA, Michaïl Wladimiroff, co-founder of the DRLA and Ekaterina Brouwer-Nikonova, member of the board of the DRLA.

The goal of the summer school was to provide future lawyers and economists with essential skills to achieve successful results in their work. The lectures and clinics dealt with topics such as legal skills in court, legal argumentation, the “art” of evidence, fundamentals of legal reasoning, drafting of legal procedural documents (taught by Ekaterina Brouwer-Nikonova) and professional ethics. The courses were mainly given in English, as well as in Russian. The summer school was concluded with a Moot Court on the last day.

During the summer school representatives of the DRLA pointed to the existence and activities of the DRLA. Arkady Gutnikov, in his capacity of rector of the St. Petersburg Institute of Law named after Prince P.G. Oldenburgsky, indicated that the topic of international criminal law, taught by Michail Wladimiroff, may be followed up. This could be done in a more specialist – English language – course, under the aegis of the Amicus Curiae Programme, supported by the Consulate-General of the Netherlands. If such course is organised, likely in St. Petersburg in the autumn of 2019, the DRLA will support it and provide more details on its website in due time.

More information on the Kant University Summer School can be found here: http://eng.kantiana.ru/summerschool/

Welcome to our website! | New events for 2021 will soon be announced

10.00 hrs: Virtual Symposium on “The Impact of International Law on Domestic Law under Russian and Duch law”

25-26 September 2020 Conference organized by the North-West Branch of the Russian State University of Justice (St. Petersburg)

Become a member of the DRLA! Membership is open to all, please follow the below link: