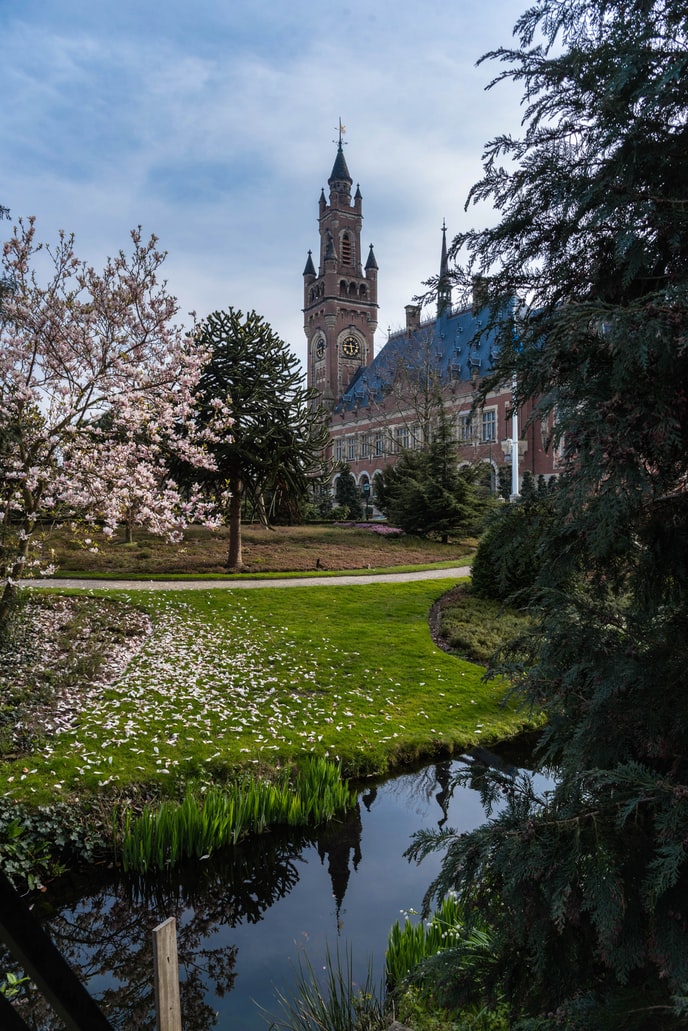 Proceedings before the International Court of Justice

Following the Russian invasion of Ukraine on 24 February 2022, Ukraine filed an application commencing proceedings against the Russian Federation before the International Court of Justice (ICJ), the principal judicial organ of the United Nations. One of the roles of the ICJ is to settle, in accordance with international law, legal disputes submitted to it by States, through judgments which have binding force and are without the possibility of appeal for the parties concerned.

Ukraine’s application focusses on the allegations by the Russian Federation, as voiced in the televised speech of President Putin announcing military actions against Ukraine, that acts of genocide have occurred in the Luhansk and Donetsk oblasts of Ukraine. These allegations already formed the basis for the Russian Federation to recognize the so-called ‘Donetsk People’s Republic’ and ‘Luhansk People’s Republic’ and have now been used to implement what Putin calls a “special military operation” in Ukraine that culminated in a devastating war that rages on to this very day.

In its application, Ukraine emphatically denies that it has carried out any acts of genocide in Luhansk and Donetsk and states that it filed its application with the ICJ to establish that Russia has no lawful basis to take action in and against Ukraine for the purpose of preventing and punishing any purported genocide. Also, Ukraine accuses the Russian Federation of planning acts of genocide in Ukraine and contends that the Russian Federation is intentionally killing and inflicting serious injury on Ukrainian citizens.

“Disputes between the Contracting Parties relating to the interpretation, application or fulfilment of the present Convention, including those relating to the responsibility of a State for genocide […] shall be submitted to the International Court of Justice at the request of any of the parties to the dispute.”

Together with the application, Ukraine filed a request to indicate the following provisional measures “in order to prevent irreparable prejudice to the rights of Ukraine and its people and to avoid aggravating or extending the dispute between the parties under the Genocide Convention”:

a. The Russian Federation shall immediately suspend the military operations commenced on 24 February 2022 that have as their stated purpose and objective the prevention and punishment of a claimed genocide in the Luhansk and Donetsk oblasts of Ukraine.

b. The Russian Federation shall immediately ensure that any military or irregular armed units which may be directed or supported by it, as well as any organizations and persons which may be subject to its control, direction or influence, take no steps in furtherance of the military operations which have as their stated purpose and objective preventing or punishing Ukraine for committing genocide.

c. The Russian Federation shall refrain from any action and shall provide assurances that no action is taken that may aggravate or extend the dispute that is the subject of this Application, or render this dispute more difficult to resolve.

d. The Russian Federation shall provide a report to the Court on measures taken to implement the Court’s Order on Provisional Measures one week after such Order and then on a regular basis to be fixed by the Court.

Pursuant to the Rules of Court of the ICJ, a request for the indication of provisional measures shall have priority over all other cases, which is why the ICJ first scheduled a public hearing on Ukraine’s request that was held in the Great Hall of Justice of the Peace Palace in The Hague on 7 March 2022 (see footage). In a letter sent to the ICJ on 5 March 2022, the Russian Federation informed the ICJ that it had decided not to participate in the oral proceedings.

The Court’s decision on the request for the indication of provisional measures submitted by Ukraine will be delivered at a public sitting, the date of which will be announced in due course. For more information about the most recent developments in the proceedings re Allegations of Genocide under the Convention on the Prevention and Punishment of the Crime of Genocide (Ukraine v. Russian Federation) please check: https://www.icj-cij.org/en/case/182.

The DRLA is pleased and honoured to welcome Mr. Orie, former justice on the Dutch Supreme Court and Yugoslavia Tribunal, for a lecture on the judgment in the MH17 trial, issued on 17 November 2022.

10.00 hrs: Virtual Symposium on “The Impact of International Law on Domestic Law under Russian and Duch law”

25-26 September 2020 Conference organized by the North-West Branch of the Russian State University of Justice (St. Petersburg)

Become a member of the DRLA! Membership is open to all, please follow the below link: